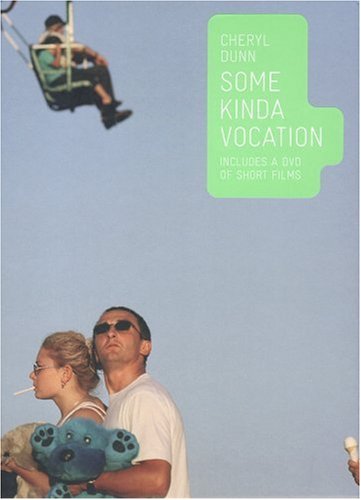 Cheryl Dunn: Some Kinda Vocation
by Cheryl Dunn
Publisher's Description
Photographer and filmmaker Cheryl Dunn has been one of America's foremost chroniclers of the underground scene since the mid-1990s. This first retrospective looks at the worlds of street art, graffiti and life on the creative margins from an appreciative insider's point of view. It features documentary photographs of San Francisco artists like Barry McGee, Margaret Killgallen and Chris Johanson, with whom she shared a distinct and elusive sensibility, as well as others from Los Angeles and her home town of New York, including, like Phil Frost, Mike Mills and Ed Templeton. Also included is a rare, 60-minute film documenting the scene imported to Tokyo and focused on 13 artists in particular-including McGee, Johanson, Mills, Killgallen, Templeton, Frost, Thomas Campbell, Stephen Powers, Tommy Guerrero, Josh Lozcano, Brendon Fowler and Aaron Rose. Through candid interviews, riveting footage of art in action, and a massive demolition derby in the streets of Tokyo, the film captures these artists just before they broke through to the mainstream. It is about building things up, knocking them down and the simple enjoyment of making work with friends before the business of art takes hold. Features extra rare footage of all of the artists as well as short films about Johanson and Gonzales.
ISBN: 0978972228
Publisher: PictureBox
Hardcover : 80 pages
Language: English