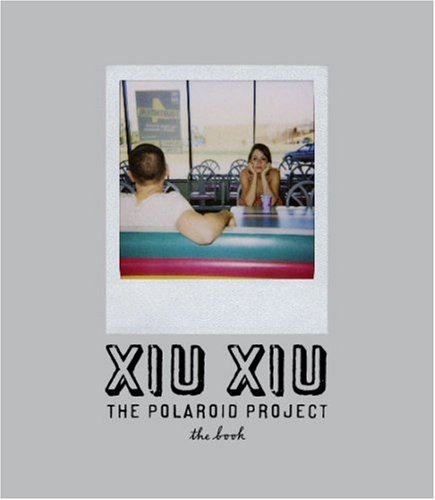 Xiu Xiu: The Polaroid Project
by David Horvitz
Publisher's Description
As tour manager and official chronicler of the immensely popular indie rock band Xiu Xiu, David Horvitz devised the idea to document the band’s tours by encouraging fans to bring Polaroid film to shows. Photographs of life on the road – from towering truck stop beacons reaching out into huge blue sky to motel room antics – were shot and returned to the fans, but not before Horvitz scanned them and meticulously compiled a visual tour diary that goes well beyond the music. He captures the bare-naked zen of touring life: parties, sex, soulful meditation, art, back roads, Americana. These images echo the band’s esoteric lyrical styles and the merging of seemingly disparate genres such as punk, classical and electronic that end up saying more about the varied American landscape than the band, though it is through the band that these images are filtered.

Xiu Xiu: The Polaroid Project will also include writing from the band members that explores the ideas behind the process and effects of the Polaroid Project. The book will also include a CD comprised of never-before released songs, outtakes and sonic experiments.
ISBN: 0979048656
Publisher: Mark Batty Publisher
Hardcover : 128 pages
Language: English
Dimensions: 6.7 x 7.6 x 0.6 inches