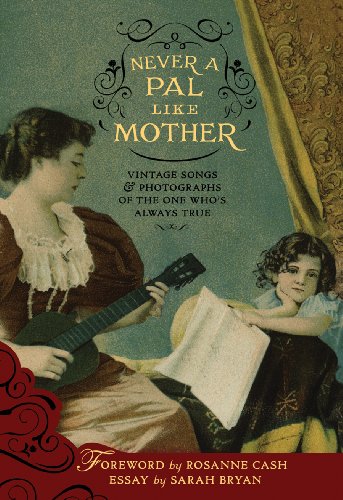 Never a Pal Like Mother: Vintage Songs & Photographs of the One Who's Always True [With 2 CDs]
by Rosanne Cash
Publisher's Description
Throughout the first half of the twentieth century, separation from loved ones was an accepted fact of life, for several generations of Americans. Westward migration had cleaved many families along generational lines, as young people left their elders in the east, rarely if ever to see them again. Immigrants from Ireland and Germany and Italy said goodbye to their mothers as they prepared to cross the ocean to America, while African Americans in the South did the same as they boarded northbound trains. Another wave of young soldiers left home, headed for the hills of Cuba and the Philippine boondocks, and their sons would write home from the trenches of Europe. This generational nostalgia became a mainstay of pop culture: in early country music, the mother song was a staple, from the heartbreaking to the maudlin; blues and black gospel singers missed their mamas too, from Jaybird Coleman to the Pilgrim Travelers. Gathering vintage photographs of mothers and children and a two-CD compilation of 78 rpm recordings of motherly love, Never a Pal Like Mother is the ultimate homage to-and gift for-mothers everywhere. Rosanne Cash captures the Americana flavor of this book in her foreword to the volume: “Those of us who treasure American roots music are listening to the very center of its essence in this anthology: the nearly century-old collection of songs about the most important person in the entire lexicon.”
ISBN: 0981734235
Publisher: Dust-To-Digital
Hardcover : 96 pages
Language: English
Dimensions: 6.4 x 8.9 x 0 inches