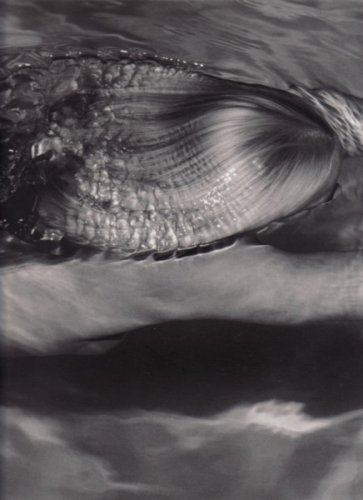 Mermaids
by Michael Dweck
Publisher's Description
This summer Michael Dweck returns with his lavish new book Mermaids. The book feature a dazzling array of photographs in which the photographer explores the theme of the female nude submerged in water, and celebrates the modern mermaid, as represented by beautiful young women who appear very much at home in the water. When Dweck scouted out the Weeki Wachee Spring, home of the famous mermaid shows, as a location for his mermaids project, he met a local young beauty who had been raised in Aripeka, an island fishing village on the coast nearby, and began photographing her. And through her, Dweck met other island girls - so-called 'waterbabies' - some of whom could hold their breath underwater for as long as five or six minutes. He photographed them alone, together, and at play, but mostly at night in the depths of the Weeki Wachee River. Dweck also photographed in Montauk, Amagensett, and Miami, and the new images, while often abstracting the female form in a painterly swirl of watery refractions, celebrate the physical charm of the female form and the transformation that is achieved by the shedding of clothes and psychic baggage in the meditative isolation of the underwater world.
ISBN: 0981846505
Publisher: Ditch Plains Press
Hardcover
Buy on Amazon