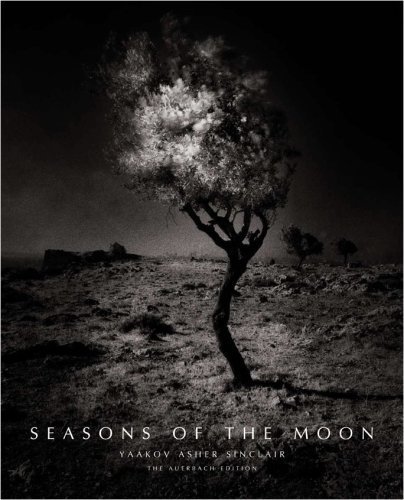 Seasons of the Moon
by Rabbi Yaakov Asher Sinclair
Publisher's Description
Rabbi Yaakov Asher Sinclair's SEASONS OF THE MOON gently guides us into a vast and unencumbered spiritual landscape where exquisite quadtone black-and-white photography, profound essays on Jewish and mystical thought, and deeply moving poetry unite. Following the order of the Jewish months of the year - the seasons of the moon - this original work explores the perennial themes of Jewish thought, the festivals and Jewish life. Reviewer Quang-Tuan Luong in the Online Photographer describes Rabbi Sinclair's work as '...radiating spirituality with a feeling of moonlight... Those images are nothing like I have seen before, at least at this level of realization, where, presented as a series, they give the work a unique visual signature. Long after Ansel Adams and Edward Weston have passed away, many black and white landscape photographers still work in their footsteps. The images in Seasons of the Moon offer a refreshing departure from that classical style.' Ken Tanaka (also from OP) writes, '...an interesting conceptual work that burned in the author's heart to be produced. It's fascinating to see such emotionally-driven bodies of work.' Rabbi Sinclair was featured in the September/October issue of LensWork and the June/July issue of ViewCamera, and an upcoming interview is slated for Tablet online magazine.
ISBN: 0982080905
Publisher: Focus Publishing
Hardcover : 176 pages
Language: English