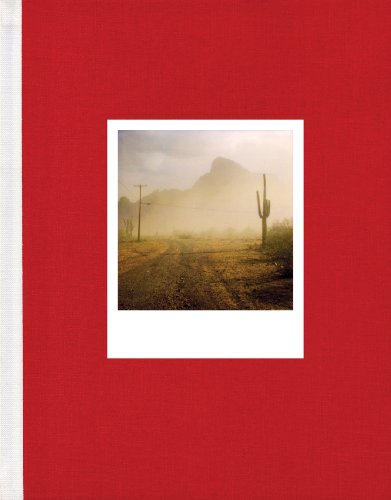 Mike Slack: Pyramids
by Mike Slack
Publisher's Description
Los Angeles-based photographer Mike Slack’s Pyramids commemorates an era that ended towards the close of 2008, when Polaroid stopped production of its self-developing film. Slack’s work celebrates the beauty and mystery of this beloved medium, with a volume that continues the striking aesthetic of his previous titles, OK OK OK (2002) and Scorpio (2006), rounding out a trilogy of stand-alone volumes that together form a series of 123 pictures. Slack’s most recent Polaroids collection captures everyday scenes of quiet drama—a dust storm in the desert, stairways and windows, schoolchildren on a field trip—that manage to eschew nostalgia, and which are charged instead with an atmosphere of anticipation. Printed at their actual size, the Polaroids are presented on the page as physical artifacts of cryptic events to be narrated by the viewer. While the title of this book derives from a group of three early 1970s office buildings in Indianapolis called The Pyramids, the deeper implication is that photographs themselves (Polaroids in particular) are, like the ancient pyramids, containers of the vanishing past fading into the future.
ISBN: 0982365314
Publisher: The Ice Plant
Hardcover : 80 pages
Language: English
Dimensions: 7.1 x 9.1 x 0.6 inches