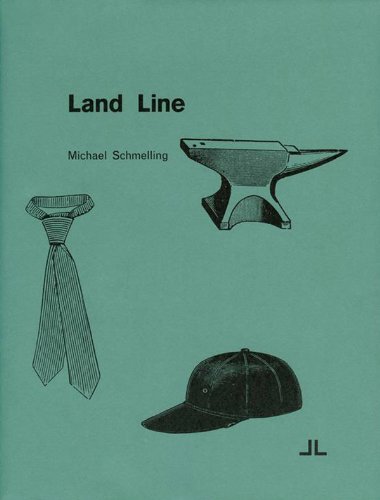 Michael Schmelling: Land Line
by Michael Schmelling
Publisher's Description
In the winter of 2007, photographer and artist Michael Schmelling-known for his previous books Shut Up Truth, The Wilco Book and The Plan-traveled to New York City to photograph the USA National Memory Championships. One hundred competitors gathered in a modest conference hall in the Con Edison building to compete in a series of mnemonic tests. Schmelling’s photographs from that day are primarily of the competitors, all intensely engaged in recalling and reciting lists of information. Year after year, Schmelling returned to the championships to add to his documentation, and the resulting photographs began to take on a narrative of their own. Traveling through a series of neutral interiors, the viewer of Land Lines encounters an incredible array of professional mnemonists, from teenagers competing in algorithmic code to Hollywood actors and English language students.
ISBN: 0982964293
Publisher: J&L Books
Hardcover : 224 pages
Language: English
Dimensions: 0 x 0 x 0 inches