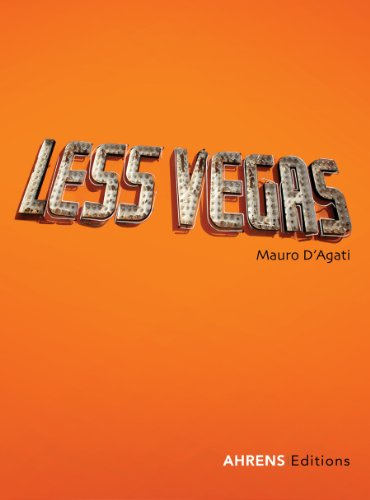 Mauro D'Agati: Less Vegas
by Rebecca Kanengiser
Publisher's Description
Shot in April 2010 during a ten-day stay, Less Vegas is Italian photographer Mauro D’Agati’s first American photo-project. It obliquely traces the lives of 12 Vegas residents that D’Agati met on his vacation, playing out their peculiar stories against the city’s peculiar character. By focusing on the long-term residents of the notoriously transient Las Vegas, D’Agati locates a lesser known side of the city, in lives built entirely around casinos. Linda is one such protagonist of Less Vegas, described by D’Agati in his lengthy postscript: Linda was married in Vegas’s own “Little White Chapel” 14 years ago. She and her husband live in the Siegel Suites with a stray gray cat that they stumbled upon in the street. Linda may be unemployed, but she ‘works’ the slot machines like a CEO. Through such characters, D’Agati uncovers the textures of Vegas ordinarily obscured by neon and glitz.