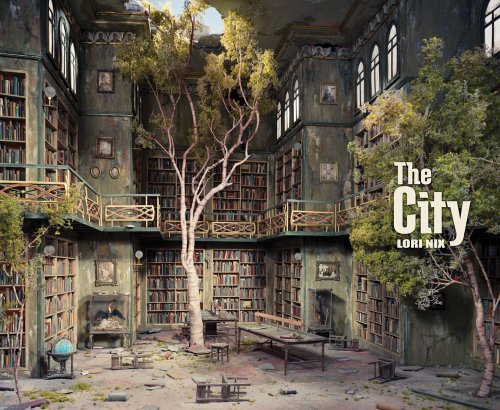 Lori Nix: The City
by Lori Nix and Barbara Pollack
Publisher's Description
Over the past eight years, Lori Nix (born 1969) has created meticulously detailed model environments and then photographed them-locations within a fictional city that celebrate modern culture, knowledge and innovation. But her monuments of civilization are abandoned, in a state of ruin where nature has begun to repopulate the spaces. “I am fascinated, maybe even a little obsessed, with the idea of the apocalypse. In addition to my childhood experiences growing up with natural disasters in Kansas, I also watched disaster flicks in the 1970s. Each of these experiences has greatly influenced my photographic work.” Nix considers herself a “faux landscape photographer” and spends months building the complex spaces before photographing them. As critic Sidney Lawrence wrote in Art in America: “Oddly endearing, terrifying and often electrifyingly plausible, (Nix’s tableaux) prod us to ponder the fact that, like it or not, our fate is uncertain.”
ISBN: 0983394237
Publisher: Decode Books
Hardcover : 76 pages
Language: English
Dimensions: 0 x 0 x 0 inches