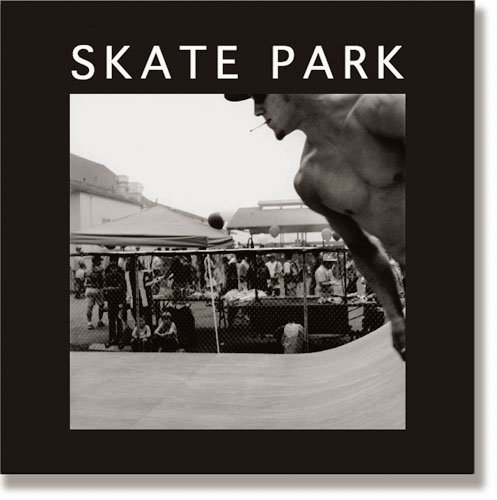 SKATE PARK - BY ARTHUR TRESS
by Arthur (TRESS ARTHUR). Tress
Publisher's Description
The photographs of Arthur Tress capture a split second, creating an eternal moment. In Tress’ forthcoming book Skate Park, his compositions are enhanced by the skateboarders’ fluidity of movement and the elements of their parks. In his exploration, Tress goes beyond typical sport photography, contemplating each skaters relationship to the larger void of the bowl, half-pipe, or park. Here, cinematic sequences capture their action and interaction. This narrative is at times playful, creating instants where one feels the subjects’ camaraderie, fused with moments of detail and intimacy as though the viewer is an unnoticed observer. The photographs give as much attention to the architecture of the parks as the fleeting bodies that shuttle across them. In this way, the connection between figure and form is woven with a quixotic force, endemic to photography.

Following a major retrospective at the Corcoran Gallery in 2001, Skate Park is the first major body of work to be presented by Tress in ten years.