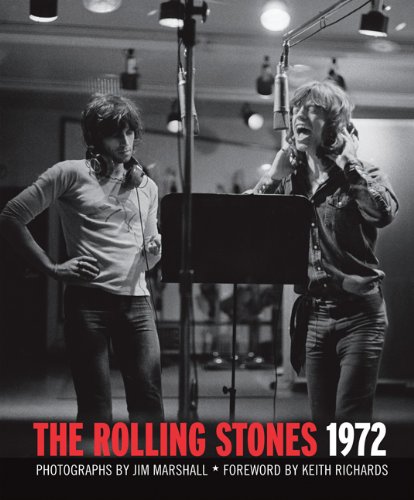 The Rolling Stones 1972
by Jim Marshall
Publisher's Description
In 1972, the Rolling Stones marked their first decade as a band with the release of Exile on Main St. and a summer concert tour of America that set new standards for magnificence in live performance. Covering the tour for Life magazine, photographer Jim Marshall captured indelible moments of the Stones in their glory onstage, as well as the camaraderie behind the scenes. Featuring a foreword by Keith Richards, this volume presents Marshall's shots alongside dozens of never-before-seen frames. Stones fans celebrating their fiftieth anniversary will revel in this unprecedented look at one of the biggest rock bands of all time from the photographer who captured them best.
ISBN: 1452110883
Publisher: Chronicle Books
Hardcover : 168 pages
Language: English
Dimensions: 7 x 8 x 0.8 inches