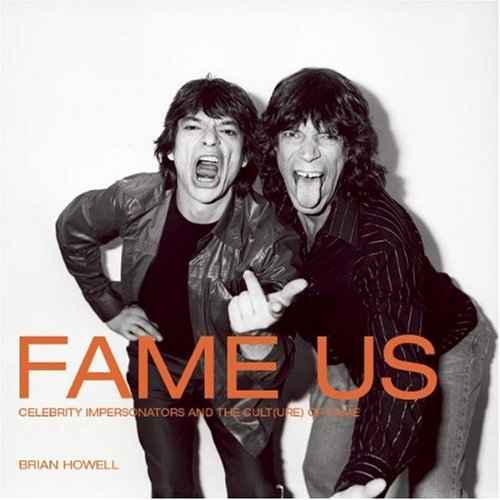 Fame Us: Celebrity Impersonators and the Cult(ure) of Fame
by Brian Howell
Publisher's Description
In this stunning book, photographer Brian Howell takes us into the world of celebrity impersonators-the faux famous people who make a living at pretending to be someone else. Taken at various impersonator conventions and stage shows throughout North America, the photographs are both startling and poignant-for all of the frivolity and double takes ('Isn't that Paris Hilton?') there is also a sense of the real person beneath the makeup and the artifice. Accompanying the portraits are first-person narratives by many of the subjects, many of whom feel personally close to those they are impersonating, even if they have never met them. In addition, in two essays, cultural critic Norbert Ruebsaat looks at the history of celebrity culture, and Geist magazine editor Stephen Osborne delves into the nature of photographing impersonators. As such, the book investigates the nature of fame in this era of celebrity blogs, stalkerazzi, and reality television-and how our obsession with famous people says as much about us as it does about them.