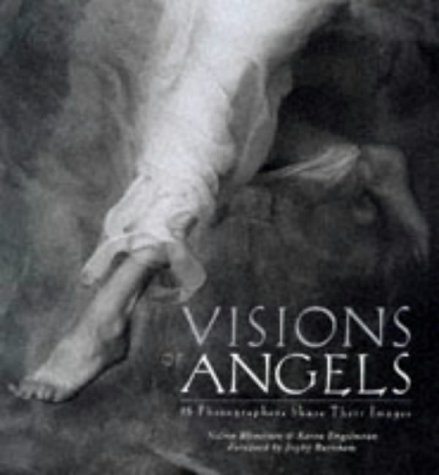 Visions of Angels: 35 Photographers Share Their Images
by Karen Engelmann
Publisher's Description
This lovely anthology--dare we say heavenly-- explores many varied views of our fabled celestial agents. Thirty-five contemporary photographers were asked for an image "that best expresses their own vision of an angel on earth" and Visions of Angels was the result. Includes work by Joyce Tenneson, Luis Gonzalez Palma, Duane Michals, Robert Stivers, Jock Sturges, David Seidner, and Jerry Uelsmann, among others.
Amazon.com Review
Images of angels have marched for centuries in the footsteps of the winged Renaissance and cherubic Victorian idealizations of angels, but Bloncourt and Engelmann open new territory with fresh interpretations of these divine messengers by photographers like Carolyn Jones and Jerry Uelsmann. The ephemeral photography alone would make Visions of Angels a worthy tome, but the authors juxtapose each black-and-white image with the names of several different angels and their role in the cosmic order, highlighting significant details of the photograph, teasing you to interpret each work in 10 different ways. This is one book you won't leaf through casually once and tuck away on your top bookshelf. Visions of Angels will have you captivated for hours, as you ponder these earthly manifestations of heavenly creatures. --Brian Patterson
ISBN: 1556708548
Publisher: Stewart Tabori & Chang
Hardcover : 96 pages
Language: English