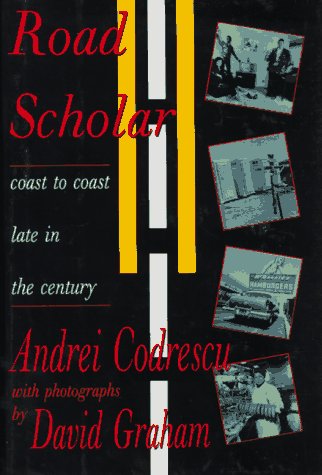 Road Scholar: Coast to Coast Late in the Century
by Andrei Codrescu
Publisher's Description
Amazon.com Review
Codrescu embraces the tradition of seeking America from the driver's seat. He starts out by saying that "all my life I had two claims to fame: I was born in Transylvania and I didn't drive a car." To make a film, Codrescu loses one of those claims. He takes driving lessons, then tours the country making a film of the America he finds. He sees the Statue of Liberty, a Roller Skating Gospel Rink near Chicago, Sikhs in Albuquerque, and ends in San Francisco's North Beach. His writing is lyrical, insightful, and very original.
ISBN: 1562828789
Publisher: Hyperion
Hardcover : 194 pages
Language: English