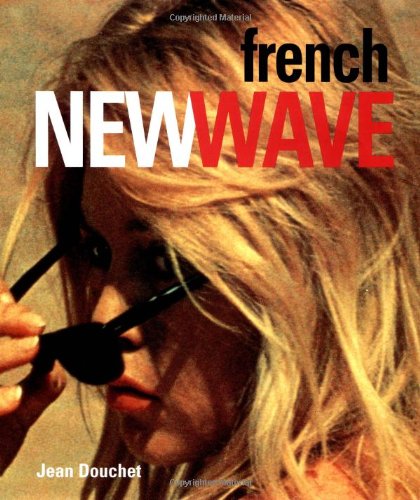 French New Wave, The
by Jean Douchet
Publisher's Description
A chronology, history, and criticism: French New Wave is an elaborately designed exploration of the influential post-war film movement.
Amazon.com Review
A coffee-table book on the Nouvelle Vague (or New Wave) filmmakers might be considered a contradiction in terms. Yet as big and well-designed as it is, with all those creamy photographs, it still manages to look like the smart, perverse product of that band of outsiders who in 1950s Paris decided to overturn the last generation. In Jean Doucet's story, François Truffaut, Jean-Luc Godard, Jacques Rivette, Claude Chabrol, and Eric Rohmer all shucked their day jobs in film criticism to begin making films with borrowed cameras and their raw nerve, hunting their cinematic forefathers--Jean Renoir, Marcel Carne, and Marcel Pagnol. Doucet's lively book is true to their vision too. With its jazz album fonts and tinted photographs of young men smoking, it gives no corner to dumbness, and much space to the coolness of being alive during that time. Through 350-plus pages, Doucet, a philosopher who knew the filmmakers, covers the early days of the Cinematheque Français, where all the filmmakers met and watched Chaplin, Griffith, and Murnau; the emergence of Cahiers du Cinéma, where they published witty, polemical essays, as the center of their revolution; and the films themselves, beginning with Truffaut's 400 Blows in 1959 and Godard's Breathless in 1960. Doucet reproduces film reviews of the period and includes copies of old cine-club programs, newspaper stories, and a final chapter on "new waves" in Iran, Czechoslovakia, Brazil, and even the U.S. (see Jim Jarmusch). A probing, affectionate look at the birth of a handful of movie-mad film students who changed the face of cinema. --Lyall Bush
ISBN: 1564660575
Publisher: D.A.P./Distributed Art Publishers, Inc.
Hardcover : 384 pages
Language: English
Dimensions: 0 x 0 x 0 inches