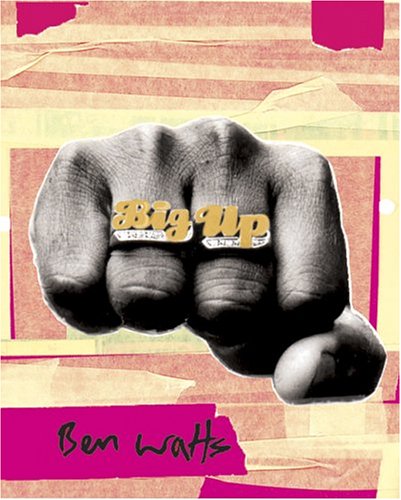 Big Up
by Ben Watts
Publisher's Description
Hip-hop playaz. Street punks. Supermodels. Plenty of tattoos and lots of bling bling. Big Up is a photographic scrapbook of America's raucous youth culture, created by one of the brightest young photographers in the fashion industry. Our limited hardcover edition of this extraordinary document was so eagerly sought that all 1,500 copies were accounted for before we even released the book. Now we're reissuing it—how could we not?—in a handy and inexpensive paperback format that's sure to once again capture the imagination. But don't just take our word for it. Here are what the critics have to say about Big Up: ' Big Up, a hectic insider's view of the past dozen years of urban youth culture by London-born, Australian-raised Ben Watts, is too wild and too idiosyncratic to go unmentioned. The spontaneity and verve Watts packs into his pictures are perfectly mirrored in the book'sascrapbook-style design. Cut up, collaged, crayoned, and tagged with markers, the photos feel less like fixed, flattened documents than little time bombs about to explode. This sense of terrific, barely contained energy makes Big Up big fun, and the ideal time capsule for a style moment that just won't quit.' —Village Voice 'British photographer Ben Watts shot some rad pictures of wrestlers for us a short while ago. We were in love with his images then, and we haven't fallen out of love since. Big Up collects a variety of his raw, high-energy hip-hop portraits into one inspiring scrapbook.' —Tokion Ben Watts is a photographer and a regular contributor to Interview, Rolling Stone, New York Times Magazine, Vibe, and Trace, among others. He lives in New York City
ISBN: 1568984529
Publisher: Princeton Architectural Press
Paperback : 192 pages
Language: English
Dimensions: 0 x 0 x 0 inches