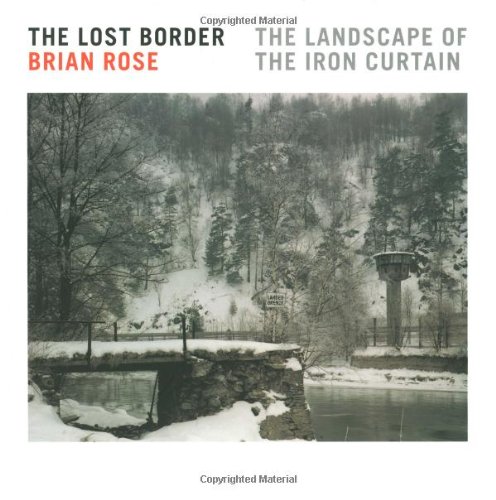 The Lost Border: The Landscape of the Iron Curtain
by Anthony Bailey
Publisher's Description
Every man is a Berliner, forced to look upon a scar....Behind me stands a wall that encircles the free sectors of this city, part of a vast system of barriers that divides the entire continent of Europe. From the Baltic, south, those barriers cut across Germany in a gash of barbed wire, concrete, dog runs, and guard towers. Farther south, there may be no visible, no obvious wall. But there remain armed guards and checkpoints all the same—still a restriction on the right to travel, still an instrument to impose upon ordinary men and women the will of a totalitarian state. Ronald Reagan delivered these words as part of his famous 'Mr. Gorbachev, tear down this wall!' speech of June 1987. Two years later, that wall did in fact come down. The Lost Border is the astonishing and powerful visual record of that transformation, published on the fifteenth anniversary of the wall's collapse. Acclaimed photographer Brian Rose began shooting the borderlands between East and West—from the Baltic Sea down to the Adriatic—in the early 1980s, while the Cold War was still hot, and has been taking pictures of this eerie terrain ever since. The Lost Border documents the gradual disintegration of the Berlin Wall and the busy reclamation of what was—and sometimes still remains—a scarred and brutalized landscape.
ISBN: 1568984936
Publisher: Princeton Architectural Press
Hardcover : 144 pages
Language: English
Dimensions: 10 x 10.2 x 0.8 inches