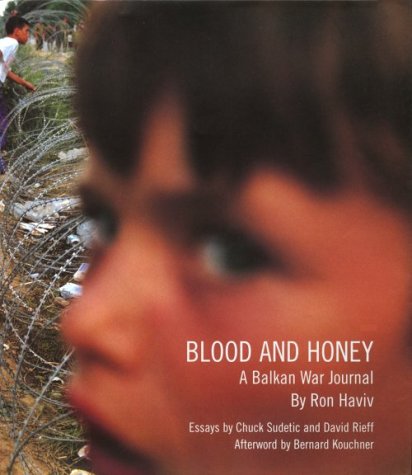 Blood And Honey A Balkan War Journal
by Ron Haviv
Publisher's Description
Haviv was recently featured on NPR, highlighting his work in Bosnia and Croatia. Haviv was the first to photograph the atrocities that came to be known by the term 'ethnic cleansing'. A troubling book only for the fact that it reveals the base side of human nature, a side that has reared it's head so often in this century.
ISBN: 1575001357
Publisher: TV Books / Umbrage Editions
Hardcover : 192 pages
Language: English