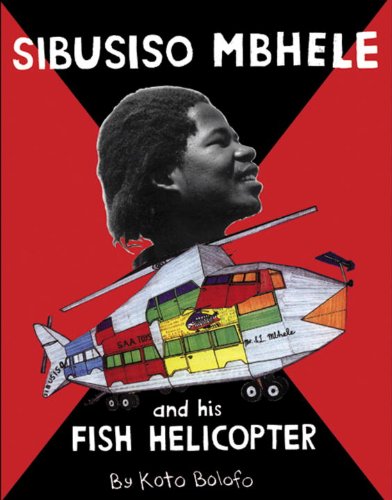 SIBUSISO MBHELE AND His Fish Helicopter is a cinematic look at the life and work of a visionary South African outsider artist who Sparked the jealousy, wrath, and ultimate rejection of his own community with his wondrous creations of Scrap metal flying machines. Based on his eponymous film originally Screened in 2000 at the Museum of Modern Art, New York, Koto Bolofo's first monograph documents a young talented South African sculptor forced to flee his rural home-a full-sized, hand-built metal facsimile of a helicopter that created an odd Sight against a background of traditional thatched huts in his African village. Self-taught, Mbhele earned his living creating Scrap metal sculptures of planes, cars, and bicycles from wire, car wrecks, oil tin drums, and other recycled materials. After making the headlines of the local newspapers, Mbhele's neighbors, jealous of his recognition and success, destroyed his creations and his beloved helicopter home. They had him jailed, and though he was later released, the tension and threat of further trouble was enough to make Mbhele take flight from his precious helicopter haven and head for the Security of the city and the unknown.

Koto Bolofo was born in South Africa and until 1992 lived in exile in Europe as a political refugee. A top fashion and commercial photographer, Bolofo's portrait work has appeared in Esquire, The New York Times Magazine, Interview, GQ, Vogue, and Marie Claire, among others. In addition to 'Sibusiso Mbhele and His Fish Helicopter,' Bolofo has written, produced, and directed four other films shown at international film festivals over the past decade. He has exhibited his work in galleries in London and Paris, as well as at the Louvre. Bolofo currently resides in France.