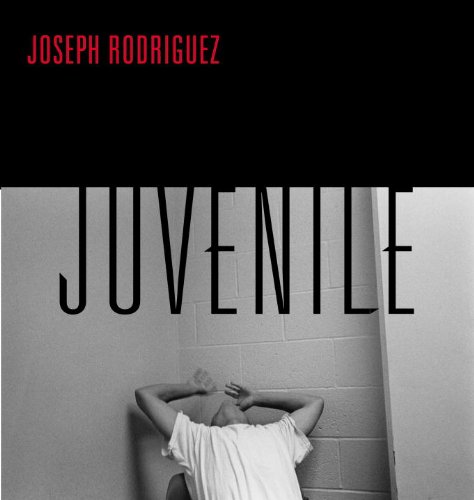 Juvenile
by Joseph Rodriguez
Publisher's Description
The Federal Bureau of Investigation recently reported that youth violence in inner cities is declining. However, even as violence declines, incarceration rates rise and prison terms lengthen. For his second powerHouse Books monograph, Juvenile, photographer Joseph Rodríguez spent several years following a dozen youths, from arrest, counseling, trial adjudication, and incarceration, to release, probation, house arrest, group homes, and the search for employment and meaning in their lives. Additionally, Rodríguez documented some of the people who work in the juvenile justice system: judges, public defenders, district attorneys, probation officers, and social workers. Many of these kids face great obstacles, including a criminal justice system with decreasing political interest in offering second chances for renewal. Through the power of his photographs, Rodríguez shows us how these kids struggle and how they fight to change their lives. “A couple of years ago my mother was cleaning out my old room when she came across some letters I had written back in the early 70s while I was incarcerated on Rikers Island. They were the usual prison letters of remorse and forgiveness. I look at these letters now and remember how I felt as a young man struggling to find my way. Coming out of prison was a daunting experience. I had been placed on probation for drug possession. There was little support for my transition back into society—the only advice my probation officer gave me was, ‘You better get a job.’ But I did get a second chance; I found photography. Eventually I moved out of the community where I had gotten into trouble, educated myself, and became a productive member of society. These experiences became my motivation for this documentary project.” —Joseph Rodríguez
ISBN: 157687138X
Publisher: powerHouse Books
Hardcover : 160 pages
Language: English
Dimensions: 9.2 x 9.5 x 0.8 inches