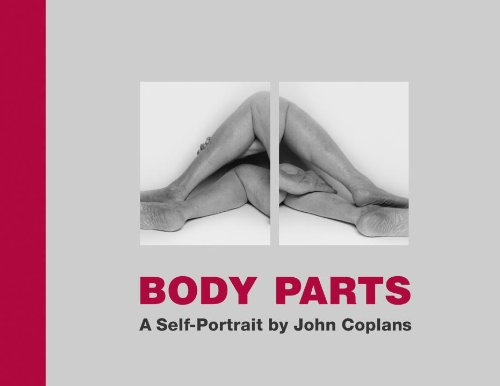 Body Parts
by John Coplans
Publisher's Description
Following the attacks of September 11, artist and downtown resident John Coplans responded unconsciously to the disaster by making photos of his arms and legs and then collaging the two together into one image. After making four such images, Coplans realized the connection to the aftermath of the event, where workmen were digging up debris and constantly finding human remains, especially body parts. At the same time, Coplans’ problems with his eyesight were exacerbated; he was unable to see facial features, and he could neither read nor focus. The days became dark, somewhat like dusk, but worse. For some time, his left eye had been useless because of Macular Degeneration; now, the same thing was happening to his right eye. Yet Coplans could still see flat images the size of a postcard fairly distinctly with the aid of a magnifying machine, and decided to continue working on Body Parts. Since he could not see, the question arises as to how Coplans could take these photographs. In fact, he had not taken any of the images himself since he first began making the various “Self Portrait” photographs in 1984. Coplans would preview the pose with a video camera connected to a television set and have an assistant do the actual shooting. But once his eyesight had been severely diminished, this system became useless and he had to find another. For Coplans, the solution came in recognizing the fact that we don’t actually see an image with our eyes—we perceive it with our minds. He then applied this concept to the process of making photographs for Body Parts; Coplans imagined the image in advance and then found the pose. In the past when he could see, it was necessary to take many photographs to match the image on the video, but now it was done in a single shot to get the first half of the image; then his assistant would take the complimentary pose. Very often this was accomplished on the first take with assistant Bradford Robotham. Together with A Body (pH, 2002), Body Parts forms the complete Coplans oeuvre.
ISBN: 1576871738
Publisher: powerHouse Books
Hardcover : 64 pages
Language: English