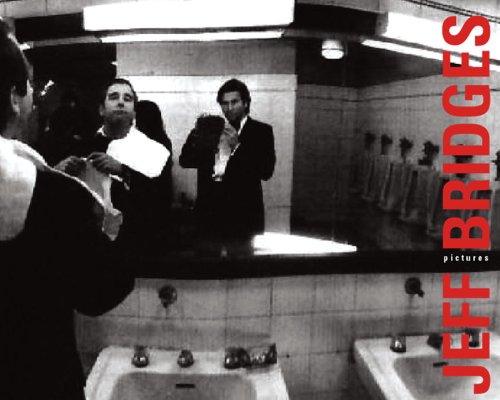 Pictures by Jeff Bridges
by Jeff Bridges
Publisher's Description
“Jeff Bridges has constructed a rich, compelling, and highly personal chronicle of behind-the-scenes Hollywood…This is a unique and important contribution to the photographic literature.” —Richard Misrach This extraordinary book of images represents a lifetime of photographic practice by one of Hollywood’s most compelling actors. A four-time Academy Award nominee, Jeff Bridges has starred in many of the most beloved films of our time, including The Last Picture Show, The Fabulous Baker Boys, Starman, The Fisher King, Fearless, American Heart, The Big Lebowski, The Contender, and Seabiscuit, this summer’s upcoming blockbuster feature from Universal Pictures. Bridges has collaborated with some of the most respected directors in Hollywood, among them Peter Bogdanovich, the Coen Brothers, Terry Gilliam, Francis Ford Coppola, Ridley Scott, and Peter Weir, and he has co-starred with many of the screen’s most compelling actors: Kevin Spacey, Julianne Moore, Philip Seymour Hoffman, Tobey McGuire, Tommy Lee Jones, Robin Williams, Nick Nolte, John Turturro, Gary Oldman, Tim Robbins, Michelle Pfeiffer, Lauren Bacall, Joan Allan, Amanda Plummer, Isabella Rossellini, Ellen Barkin, Barbra Streisand, Jessica Lange, Penélope Cruz, and Jane Fonda, to name but a few. For more than twenty years, on dozens of film sets, Bridges has perfected his own photography, shooting between takes and behind-the-scenes with a Widelux camera. This fascinating, surprisingly candid body of work began as a personal project, as he recorded the arduous, emotionally intense, evanescent work of the film shoot in books that were privately printed and given as gifts to cast and crew. These are not traditional “Hollywood” pictures, but rather—despite the costumes and lighting, the crowds of extras, the stardom of the subjects—pictures of friends at work. Taken together, the pictures act as Bridges’ personal and professional diary, with actors, directors, and crew appearing as coworkers, all equal participants in the job at hand. With a foreword by Peter Bogdanovich and Jeff Bridges’ hand-written commentary and captions throughout, Pictures promises to be one of the biggest visual books of the year. Proceeds from Pictures will be donated to The Motion Picture & Television Fund, a non-profit organization that offers charitable care and support to film-industry workers.
Amazon.com Review
Photographs from movie sets have always been packed with the curious itch of glamour. Pictures, actor Jeff Bridges's book of photographs, is no exception, and it starts with a special camera. Bridges has been taking on-set photos since the 1980s with a Widelux, an oddity without a shutter or viewfinder. The camera's moving slit makes for panoramic images (about the same aspect as a widescreen film) and even allows quick moving subjects to appear twice on the same negative. Hence these photos are not always crystal clear but nevertheless capture magic, a verisimilitude of being on the inside of the movie-making process. The wide field can show an actor and director foreground while the crew spins their own story in another part of the print--multiple stories written in light. Bridges often catches his fellow actors with an amusing twinkle in their eye whether preparing for scene or appearing twice in the same shot mirroring the comedy/tragedy masks. Bridges adds reminisces about the photos including a very funny off-color story from The Big Lebowski set.

In the past, Bridges would give out self-published collections of his photographs to cast and crew as gifts at the end of a shoot. One might have spied these images in promotional items or magazines, but with Pictures, now fans of the movies can have their own wonderful keepsake. --Doug Thomas