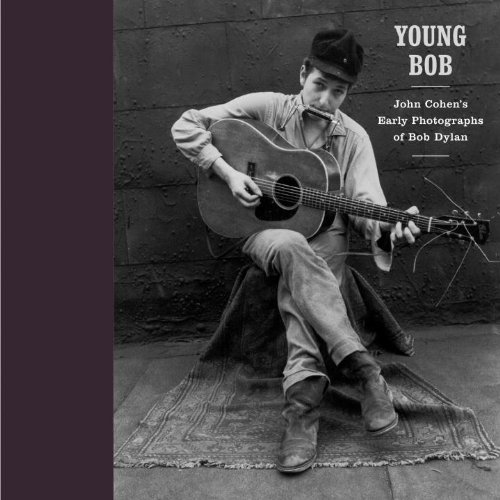 Young Bob: John Cohen's Early Photographs of Bob Dylan
by John Cohen
Publisher's Description
In 1962, a young John Cohen—musician, filmmaker, photographer, and later author of the photo book bestseller There Is No Eye (powerHouse Books, 2001)—and the young songwriter Bob Dylan went to Cohen’s East Village loft for a few hours to make some photos and a short film of, as John Cohen recalls, “a moment of invention…without planning, and with the freedom that comes from uncertainty.” The never-before-published black-and-white photographs in Young Bob are a unique and spectacularly intimate document made on the cusp of Bob Dylan’s fame—just before the release of Dylan’s revolutionary self-titled first album, and well before the international legend that Dylan became was born. To complement the images, Cohen painstakingly transcribed and edited forgotten radio interviews aired between 1961 and 1963. The interviews conjure up voices from the past where you can hear the youthful Dylan joking and quipping with WBAI’s Cynthia Gooding, WNYC’s Oscar Brand, and WFMT’s Studs Terkel. With a flourish of color, Cohen’s recently rediscovered Ektachromes shot in 1970 for the album “Self Portrait” appear at the end of Young Bob. These finely constructed “self portraits,” art directed by Dylan himself, offer a contrast to the uninhibited loft and rooftop photos, and offer bittersweet testimony to the passing of the young Bob on John Cohen’s rooftop—now and forever transformed into the myth of Dylan, the world-famous songsmith legend. “These are pictures from a more innocent time at the beginning of Bob Dylan’s career…what he looked like to me when he first arrived in New York….The making of these photographs was quite naive. We weren’t into creating a persona for Bob. I was more interested in documenting what was before the camera, and what I was seeing wasn’t so clear. The session was just a free-flowing pursuit of picture making and taking poses. We didn’t know what he was going to look like.” —John Cohen
ISBN: 1576871991
Publisher: powerHouse Books
Hardcover : 72 pages
Language: English
Dimensions: 9.9 x 9.8 x 0 inches