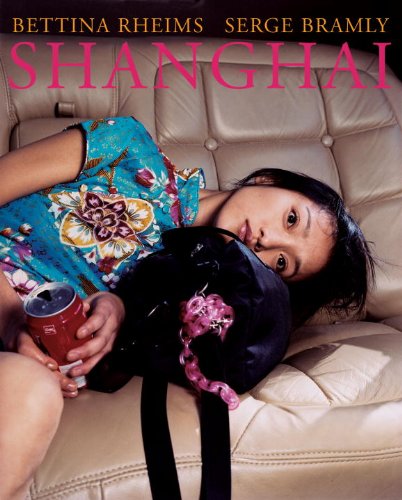 Throughout China, the women of Shanghai are renowned for being beautiful and delicate creatures. But at home they are known as “tricky wives” who make their husbands do as they say. At the office, they are relentless professionals who display equal, if not more, competitiveness than the men. These women likewise take the lead all over China in fashion, displaying such decorous and audacious taste alike as to keep the country watching.

Once a walled village, Shanghai has now become China’s leading industrial city, expanding in such a rush as to leave even its residents in a swirl of expectations. Shanghai is hip, trendy, and young, the city with the highest developing business rate in the world, a place of history and tomorrow and, as is amply evident in Shanghai, a very sexy place. In a tour de force through this ancient city and fabled culture, Rheims beautifully stages photographs of real women from all walks of life. Engaged in an ardent search for the spirit of Shanghai’s women, Rheims and writer Serge Bramly instead found a place so fast-paced, so quickly evolving, that their quest was rendered moot. Western eyes could not define or encapsulate the ineffable essence of Shanghai’s women.

So much can be said of the women in Shanghai, the least of which is the ancient Chinese proverb: “Men have their say, but women have their way.”
ISBN: 1576872335
Publisher: powerHouse Books
Hardcover : 252 pages
Language: English
Dimensions: 11.2 x 13 x 1.5 inches