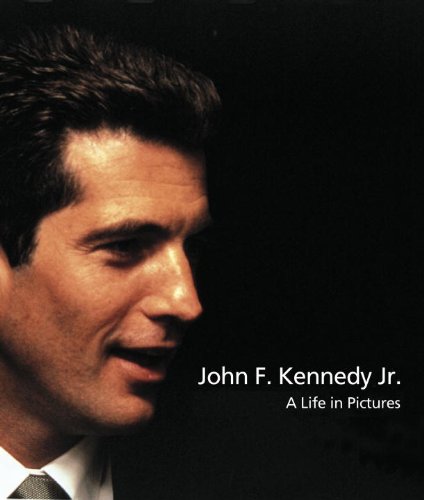 John F. Kennedy Jr.: A Life in Pictures
by Yann-Brice Dherbier
Publisher's Description
John F. Kennedy Jr.: A Life in Pictures follows John Jr.—born just seventeen days after his father was elected president of the United States—through his childhood in the White House to the touching funeral procession for J.F.K., where he gave the famed salute that bespoke his remarkable character to the world. We follow John Jr. into his exclusive and privileged world as he grows up with his mother and sister, attends Brown, founds George magazine, and becomes the most eligible and desirable bachelor on the planet—before he marries the beautiful Carolyn Bessette, leaving broken hearts in his wake. The book concludes with their shocking death, which took this young couple from the world far too soon.