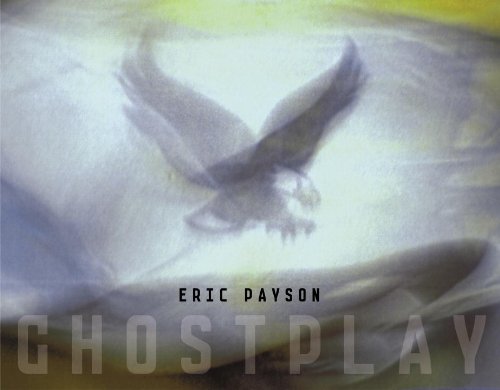 Ghostplay
by Eric Holborn
Publisher's Description
Beginning with Bobcats, depicting the rites of passage of a girls’ softball team, and moving to Gladiators, displaying basketball in a combative pit of racial divide, photographer Eric Payson has gone one step further in his exploration of the media and America’s obsession with sports as entertainment, voyeurism, and violence with Ghostplay.

In Payson’s electrifying new work, college football’s raw beauty rises to the surface in photographs taken directly from the television screen; images morph into each other and expressions are magnified as they are frozen in time. Ghostplay examines the media that transmits it all, as the broadcasters and corporate sponsors appear as much a part of the game as the athletes and coaches. Interspersed with intrusive news bulletins, overeager cheerleaders, anxious spectators, and seemingly malicious data on the athletes’ injuries, college football appears to be a forum for adolescent violence and pervasive adult greed. In these images, the game dissolves as the ghost in the machine of the American media is captured by Payson’s camera. Ghostplay reveals the suspicion and intrigue lurking between the stadium seats, played out in the television control rooms, and hovering in the lower levels of our consciousness.

“Looking at these photos seems almost voyeuristic, with the projection lines and greenish tint lending them a security camera air. It evokes a creepy, future-imperfect feel, and the camera’s ability to capture the television’s transitional images, the in-between times that the brain filters, gives the frames a rawer and more personal feel, rendering the subjects extremely vulnerable. Each shot of the television captures more motion than a camera at a live event would, and renders each picture simultaneously alien in nature and extremely organic in content.” —Anthem
ISBN: 1576872718
Publisher: powerHouse Books
Hardcover : 156 pages
Language: English