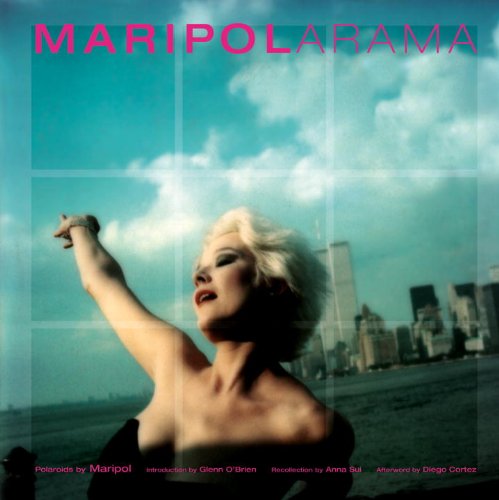 Maripolarama
by Diego Cortez
Publisher's Description
During the early eighties New York’s Lower East Side was a hotbed of creative activity. Unknown artists were synthesizing the fertile ground at the legendary New York nightclubs Studio 54, the Mudd Club, Club 57, Palladium, and Danceteria while on their way to international fame and acclaim.

Among those emerging were Madonna, Jean-Michel Basquiat, Grace Jones, Keith Haring, Kenny Scharf, Vincent Gallo, Anna Sui, Exene Cervenka, Kid Creole, and Diego Cortez, among many others. Maripol was part of a collective of artists, graffiti writers, street dancers, and performers who all thrived together in the explosive downtown eccentricity. As an image maker and stylist for Madonna during her “Like a Virgin” days, jewelry designer, art director, and producer Maripol relentlessly documented the movers and shakers of the early eighties scene through the lens of her instant Polaroid SX-70.