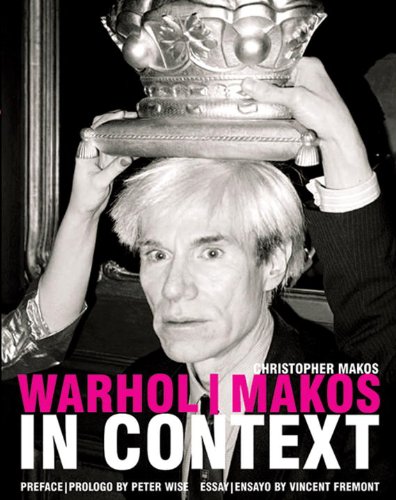 Warhol/ Makos in Context
by Christopher Makos
Publisher's Description
A behind-the-scenes, in-depth record of Christopher Makos’ photographic life from 1976 to 1987, , his newest book, documents the years he spent at Andy Warhol’s side.

The book includes over 100 original Makos contact sheets, reproduced in full with the photographer’s editing marks and comments, which have never before been seen. Warhol | Makos In Context features the unedited, raw material of his work during the years he saw Warhol almost daily—including the experiences and friends he shared with Warhol, the trips the two and others made together, and scenes of work life at Warhol’s 860 Broadway Factory and Makos’ West 15th Street studio. An insider’s account of the high jinks and high times at the Factory and beyond, Warhol | Makos In Context is an unexpurgated visual record of New York’s most intriguing circle and a primary source document that puts Warhol in context in Makos’ life.