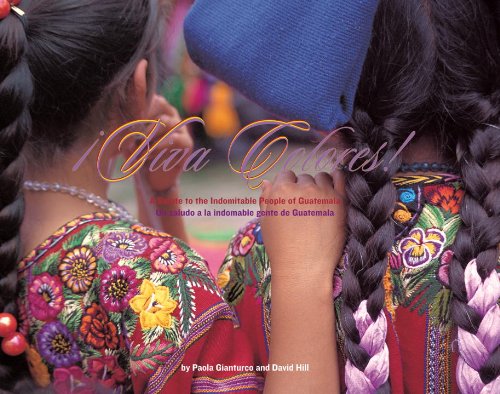 Photographer Paola Gianturco and writer David Hill offer inspirational profiles of a people who have endured and, indeed, gained strength, thanks to the bounty of their land, their beliefs, traditions, and kinship with one another. People like Luis.

Luis was orphaned as a small child. The aunt and uncle who took him in sent him into the streets to hawk trinkets and cadge pesos from tourists. He quickly figured out that he could do better if he learned the tourists’ language, so he taught himself English. At 18, he became a licensed tour guide. Five years later, he was begging again, a homeless panhandler, brought low by demon rum. Then he found AA, which helped him get sober and gave him a reason to live. He traveled his country, launching AA programs. Today, he’s a doting grandfather and popular tour guide. Luis’ story is but one of many Gianturco and Hill have discovered in their travels through Guatemala. Readers of their book will enjoy—and be inspired by—many more.
ISBN: 1576873358
Publisher: powerHouse Books
Hardcover : 144 pages
Language: English
Dimensions: 0 x 0 x 0 inches