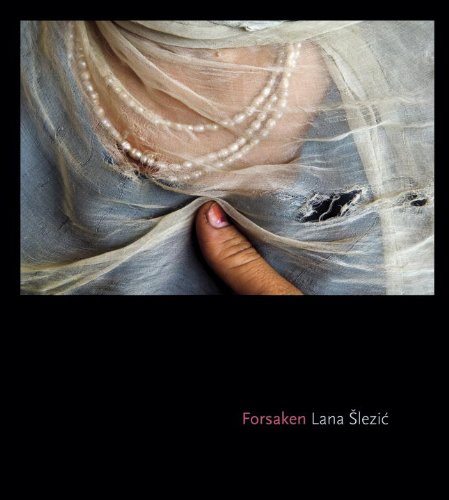 Forsaken: Afghan Women
by Lana Slezic
Publisher's Description
In March 2004, when award-winning photographer Lana Šlezic' began an assignment in Afghanistan, she never dreamed she would stay for two years. At the time she believed that since the ousting of the suffocating Taliban in 2001, Afghan women and girls were living under considerably less oppressive conditions. She soon discovered that life for Afghan women was not as she expected and felt compelled to stay and document their story. With the help of a young female Afghan as her friend and translator, Šlezic' photographed women all over the country. Over endless cups of tea in sitting rooms from city to village, Šlezic' learned that Afghan women are still living in a harrowingly oppressive society where forced marriage, domestic violence, honor killings, and an unpalatable lack of freedom still exist. Even today many are not allowed to leave their homes or go to school, and the burka remains a common sight on the dusty streets of the war-torn country. Forsaken is a collection of photographs and vignettes that document Šlezic'’s journey over the two-year period during which she lived and worked in Afghanistan.
ISBN: 1576873951
Publisher: powerHouse Books
Hardcover : 96 pages
Language: English
Dimensions: 8.7 x 9.7 x 0.7 inches