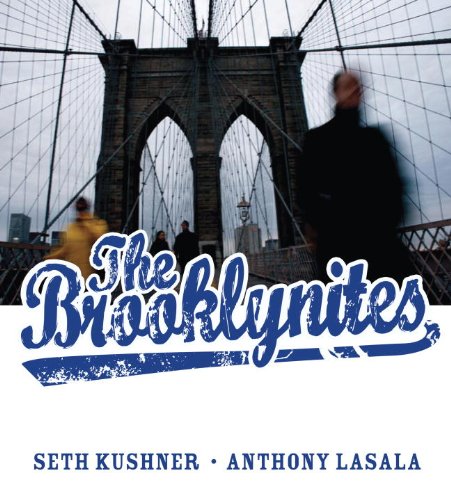 The Brooklynites
by Seth Kushner
Publisher's Description
A complex and quixotic urban animal found ranging across southeast New York City, the Brooklynite has obtained a sort of mythological status, representing the “you tawkin’ to me?” attitude for which the city is world-renowned. For over three years, writer Anthony LaSala and photographer Seth Kushner trekked tirelessly across the borough, documenting these charismatic characters in THE BROOKLYNITES, a collection of images, interviews, and essays.

With a population of 2.5 million people, Brooklyn is one of the most celebrated locales in all the world. Its landmarks (The Brooklyn Bridge, Greenwood Cemetery), renowned neighborhoods (Coney Island, Park Slope), history (The Brooklyn Dodgers) and institutions (Brooklyn Academy of Music, Prospect Park) are recognized in every corner of the globe while its stories and legends have been recounted in hundreds of famous novels (A TREE GROWS IN BROOKLYN, MOTHERLESS BROOKLYN, LAST EXIT TO BROOKLYN), television shows (The Cosby Show), theater productions (BKLYN the musical) and films (Saturday Night Fever, Crooklyn). THE BROOKLYNITES gives readers an all-inclusive tour of the “home to everyone from everywhere”: Brooklyn, New York.
ISBN: 1576873986
Publisher: powerHouse Books
Hardcover : 160 pages
Language: English
Dimensions: 9.1 x 10 x 0.8 inches