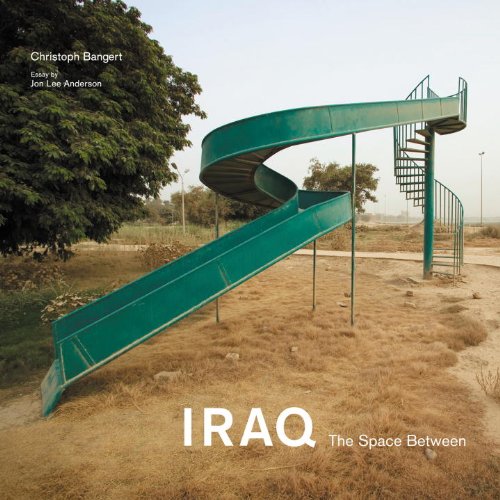 Iraq: The Space Between
by Christoph Bangert
Publisher's Description
“For me, this book is about distance. It describes the gap between different peoples and cultures in Iraq. It attempts to show the space between two wars, the American invasion and the Iraqi civil war, the space between us and them, my experience and your experience. The fear and mistrust between humans.” —Christoph Bangert

During the American-led invasion of Iraq in 2003 Christoph Bangert was still attending photography school. Only later, in the spring of 2005, when the Iraqi insurgency and sectarian violence reached its first peak, Westerners were kidnapped and beheaded, and most foreign journalists had left the country, did this intrepid photographer start to work in Iraq on assignment for The New York Times.

The overtly hostile environment in Iraq towards foreigners, without regard of the individual’s intention or affiliation, restricts the freedom of journalists, particularly photographers, who (unlike writers) must be physically present in order to get the story. Despite these conditions Bangert remained in Iraq as one of the few Western photographers committed to cover the war throughout 2006 and early 2007. He has worked largely independently from the military, using Iraqi guards, drivers, and translators, but was also occasionally embedded with American, British, and Iraqi forces. Iraq: The Space Between, his second powerHouse book, records the distance he traveled as a civilian between worlds committed to destruction in the name of freedom.
ISBN: 1576874001
Publisher: powerHouse Books
Hardcover : 128 pages
Language: English
Dimensions: 0 x 0 x 0 inches