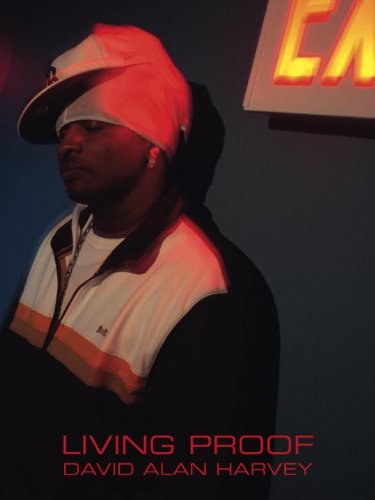 Living Proof
by David Alan Harvey
Publisher's Description
Hip hop, which first began on the streets of the South Bronx in the early 1970s, has traveled the globe, finding a home in every corner of the planet. Remade by local cultures in their own language and regional style, hip hop’s versatility speaks to its accessibility and universality. The lyrics, the look, and the lifestyle could easily be a cultural anthropologist’s best example—or worst nightmare—of America’s influence and cultural dominance.

In 2005, Magnum photographer David Alan Harvey began photographing local emcees in the Bronx River Projects, home of hip hop pioneer Afrika Bambaataa, whose legendary Zulu Nation parties of the 70s inspired a new generation of b-boys and b-girls. It is their descendants that Harvey has captured in LIVING PROOF, a glimpse into hip hop in its many forms.

Boogie Down thugs Uptown and Ruckus, unsigned artists whose lyrics are presented here, became Harvey’s trusted friends and self-appointed guides, bringing him inside their homes, their families, and their lives. Harvey soon realized that the code of the streets would bring one of three fates: jail, death, or success. And so he traveled from the ’hood to Hollywood, gaining access to Ice Cube, Snoop Dogg, and Nelly—artists who went through the system and came out kings. Keepin’ it real becomes a little surreal when gold records and semi-automatics mix like gin and tonics.

Going global to document the regional manifestations of a culture a mere three decades in existence, Harvey traveled from Spain, France, and Gambia to Senegal, South Korea, and Thailand, discovering conversations with DAM in East Jerusalem sounded just like the ramble with Uptown and Ruckus. Hip hop, for all its pop-pop-pop, for all it’s and ya don’t stop, for all its rise to the top, has always been about speaking to the guy on the corner and the girl at the club— because skills and styles comes from a hard love.
ISBN: 1576874036
Publisher: powerHouse Books
Hardcover : 112 pages
Language: English
Dimensions: 8.3 x 11 x 0.6 inches