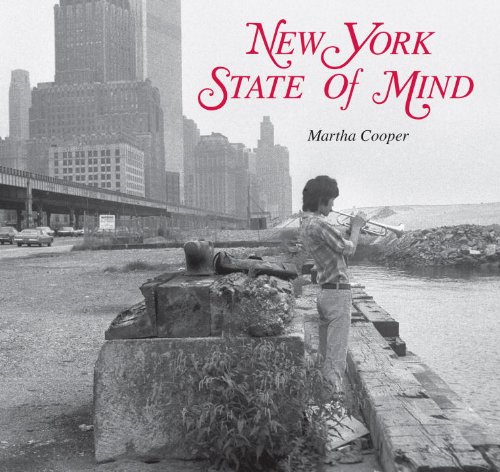 In 1975, New York City was bankrupt. Crime was at an alltime high, street muggings were commonplace, buildings were crumbling, entire neighborhoods were abandoned by landlords as residents fled to the suburbs, and the federal government couldn’t care less. Nevertheless, intrepid documentary photographer Martha Cooper was inexorably drawn to this embattled but irresistible urban mecca.

Moving from the quiet shores of Narragansett, Rhode Island, Cooper fell in love with lawless New York, where the citizens reveled in the “anything goes” atmosphere and prided themselves on their survival strategies. She zipped around the city in a beat-up Honda Civic with no qualms about making U turns to shoot a quick photo or double-park whenever, wherever. Her friends complained that she drove like a cabbie and Cooper took that as a supreme compliment.

In 1977, Cooper landed a staff position at the New York Post, and for the next three years she canvassed the city daily, shooting every kind of assignment imaginable. From blizzards to beaches, rooftops to Central Park, Cooper’s photographs, collected here for the first time, reveal the true NEW YORK STATE OF MIND: one of unstoppable optimism and unflappable endurance in the face of any situation.
ISBN: 1576874087
Publisher: powerHouse Books
Hardcover : 96 pages
Language: English
Dimensions: 0 x 0 x 0 inches