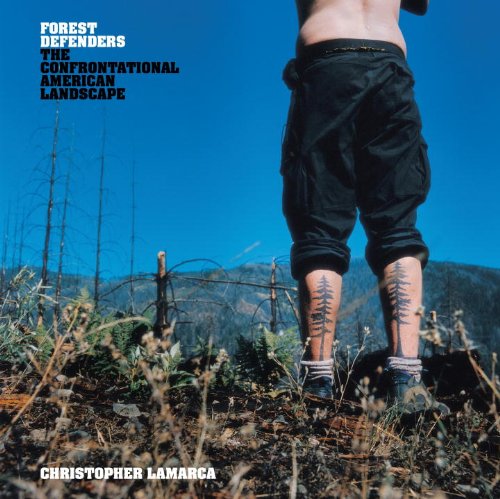 Controversy erupted in March 2005 when, with the blessing of the Bush administration, logging companies began sawing into old growth reserves (sections of the federal forestland set aside for threatened wildlife). Two months later, the administration fanned the flames by repealing the 2001 'roadless rule,' which protected 58 million acres of pristine roadless wildlands on the National Forests across the country. The states of Oregon, Washington, California, and New Mexico filed suit against the Bush administration for violating federal environmental law. The Forest Defenders responded as well.

These activists, labeled 'radicals' and even 'eco-terrorists' by the timber industry, are fighting to save some of the last truly wild places left in America. For the past five years, Christopher LaMarca has been documenting these much-maligned advocates who are willing to sacrifice their comforts and freedoms to stand up for wildlands. Forest Defenders: The Confrontational American Landscape offers insight into the lives of these extremely dedicated, politically sophisticated, and well-organized environmental activists.
ISBN: 1576874281
Publisher: powerHouse Books
Hardcover : 112 pages
Language: English
Dimensions: 10.5 x 10.4 x 0.6 inches