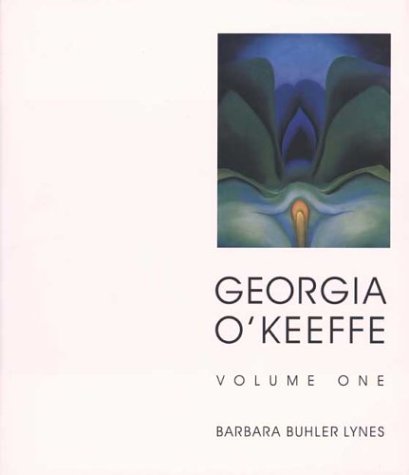 Georgia O'Keeffe : Catalogue Raisonne
by Director Barbara Buhler Lynes
Publisher's Description
This monumental, 2 volume set--in slipcase--is the complete catalogue raisonné of O'Keeffe's work. Beautifully produced, this volume chronicles, in vivid illustrations, the development of O'Keeffe's artistic vocabularly--her visual language placed her at the center of a ferment taking palce in American art at the time. An intimate companion of Alfred Stieglitz, and a commanding figure in the circle of artists surrounding him, O'Keeffe was fully aware of the intellectual currents of the time, yet never lost sight of her own highly personal vision. Paintings, drawings, watercolors and sculpture are included here, many of which have never before been published.
Amazon.com Review
Georgia O'Keeffe, who was born in 1887 and lived nearly 99 years, was a prolific, successful artist whose work was exhibited continually throughout her adult life. To give an impression of the scope of this two-volume boxed set, here is a sentence from the preface by Barbara Buhler Lynes: "The catalogue reproduces and describes 2,045 objects, made by O'Keeffe between 1901 [when she was 14] and 1984." And for an idea of the care Lynes brought to her task, here is the next: "Of these, 2,029 were located and examined between June 1992 and December 1998: 821 on canvas or board; 1,137 on paper...."

Obviously, this catalog will be indispensable to many libraries and museums, but it is also a work that any lover of O'Keeffe's art will pore over for years. From the first pages of volume 1, a reader is struck by the early appearance of motifs that remained essential to O'Keeffe throughout her life: architectural forms; flowers; vases and vessels with monumental, simplified shapes. (After the early years, however, she deals with the human metaphorically, in phallic sculptures or nipple-like seed pods, or the swollen bellies of clay pots.) For those readers who may have fallen out of love a bit during the 1970s--when O'Keeffe's least works seemed to be included in every gathering of second-rate, so-called women's art--these two volumes will renew their passion. Her astonishing talent, which she never betrayed, pulses through these color-saturated pages. While most works are necessarily reproduced smaller than the originals, the book's designers have dealt thoughtfully with issues of scale by increasing the size of the reproductions as O'Keeffe's paintings became larger and printing her vast, late cloudscapes and other large works at full- or double-page size. This is typical of the sensitivity with which this catalog was conceived. --Peggy Moorman