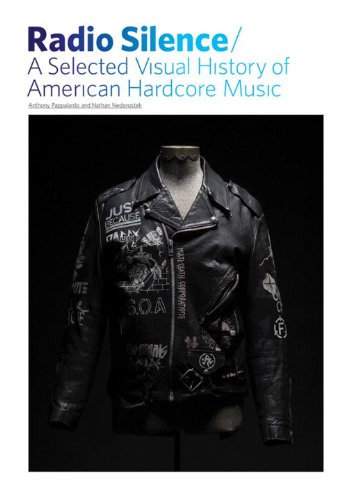 Radio Silence: A Selected Visual History of American Hardcore Music
by Nathan Nedorostek
Publisher's Description
Radio Silence: A Selected Visual History of American Hardcore Music is a tribute to the innocence and accidental sophistication that jump-started the look and sound of hardcore music. Emerging just after the wave of punk rock in the late 1970s and early 1980s, hardcore evolved into its own distinctive identity. It is the come-as-you-are version of punk, without the “live fast, die young” shock value or the skulls and safety pins. Hardcore is high-tops and hooded sweatshirts and photocopied fanzines, where suburban restlessness translated into fast, hard music, and overflowed into graffiti and skateboarding. Bands like Minor Threat, the Bad Brains, and Black Flag established the sound and showbased culture of hardcore, and attracted skateboarders, surfers, BMXers, metalheads, and hip-hop fans who brought their diverse influences to the hardcore sound, ethos, and design aesthetic.