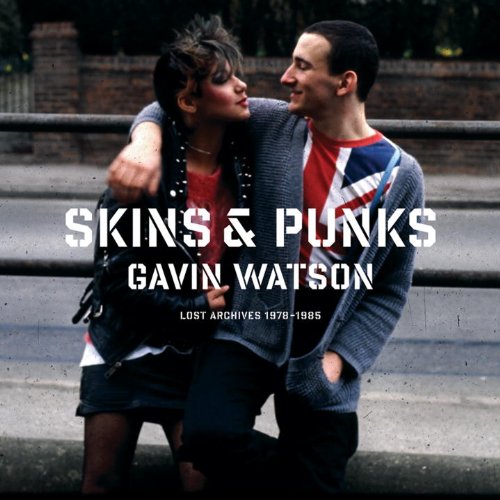 Skins & Punks: Lost Archives, 1979-1985
by Gavin Watson
Publisher's Description
What started off as a small collection of photographs the 14-year-old Gavin Watson would take of his family and friends in Wycombe, middle England, in the 1970s and 80s would grow into one of the most important and influential photographic youth culture books of the last 20 years. Skins, published in 1994 and hailed by The Times of London as “a modern classic,” has shown its influence in such photographers as Terry Richardson, Juergen Teller, and Ryan McGinley, as well as pretty much every kind of “youth” photography popular today.

Last year, having persuaded him to begin working again after a long period of self-seclusion, VICE Books was bequeathed Watson’s lost archives, hundreds of photos reaching deep into the lives of the subjects of his first book. Each photograph reveals an understanding and sensitivity that belies the sometimes brutal subject matter.

Skins & Punks is a singular retrospective complete with commentaries and oral histories. The stories behind the shots are shocking, hilarious, severe, and heartbreaking, and each gets behind what it was really like to be a rebellious workingclass youth growing up in the 1980s. This is documentary photography at its best, a stunningly intimate window into a cultural movement.
ISBN: 1576874737
Publisher: VICE Books
Hardcover : 144 pages
Language: English
Dimensions: 10.5 x 10.5 x 0 inches