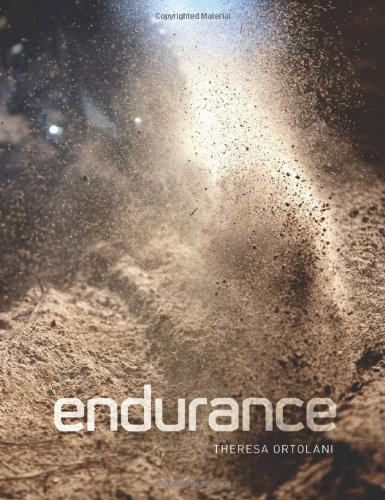 Kanney, the main subject of Theresa Ortolani’s Endurance, crashed his dirt bike during the 2004 International Six Days Enduro race in Poland, but he kept going until he was pulled from the race and taken to the hospital. Doctors removed his ruptured spleen and told him he would have died if he had stayed in the race any longer. That’s the MO of the off-road motorcycle world: unless you’re on the verge of death, you stay on the throttle. Imagine fighting Chuck Liddell for hours at a time, while on the deck of a pitching Alaskan trawler, and you start to get an idea of the mental and physical strain of off-road motorcycle racing.

In an age where many high-adrenaline sports have become watered-down exercises in marketing, dirt bike racing remains intensely raw; a dangerous enterprise populated with a colorful, profane cast of daredevils. On the backs of snorting, twitchy Kawasakis and KTMs, these athletes race through the forest in pursuit of a podium spot and a sponsorship. Ortolani applies an artist’s eye to this unforgiving sport and the riders who pursue it, resulting in an unprecedented, behind-the-scenes window into this punishing competition.

Endurance offers embedded access and a scope that spans three years of off-road racing. in which Kanney made Grand National Cross Country history by winning the race as a privateer and Ortolani was hooked on a sport that is at turns beautiful and inescapably brutal. Ortolani traveled thousands of miles across the U.S. and Europe, in the process capturing Kanney’s ascent from underdog privateer to KTM Factory Team rider—an achievement that required beating world champions riding bikes three times the cost of his.

Ortolani recently received the following e-mail from Kanney describing a 60 mile-per-hour crash during practice: 'Crashed today and for sure damaged a rib or two. I can’t breef. Just another day on the job.'