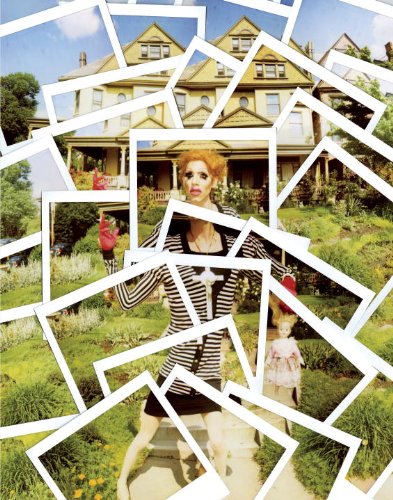 It's Always Darkest Before Dawn
by Jeremy Kost
Publisher's Description
For nearly a decade, through his enigmatic and compelling Polaroids, Jeremy Kost has been telling the stories of New York nights from within its hottest party spots.

In 2002, while staying with friends in Chelsea, Kost borrowed the camera of one of his hosts and took it to The Cock. Ever since that fateful night, year after year, Kost has been the sole photographer to capture a complete millennial portrait of New York’s famed drag queens, go-go boys, transsexuals, and wild-partying celebrities.

An exhilarating trip through underground New York, It’s Always Darkest Before Dawn puts you on the guest list for a world of vivacious creativity, performance, costume, and evidence (if you needed it) that a certain kind of fabulous madness ain’t dead yet, and was around way before Lady Gaga!

Celebration, angst, drunken revelry, joy, exhaustion, vulnerability, honesty, and pomp and circumstance are all captured in the uncompromising immediacy of Kost’s Polaroids of personalities such as Amanda Lepore, Sophia Lamar, and oddly enough even former President Bill Clinton, Pamela Andersen, Paris Hilton, and many more.