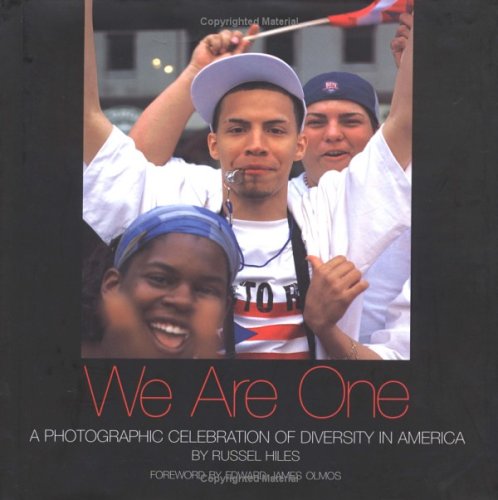 We Are One: A Photographic Celebration of Diversity in America
by Edward James Olmos
Publisher's Description
In 2002, Russell Hiles began an unusual project: photographically documenting the many ethnic groups that comprise the American population. In the process he captured the culture and personality of 30 different groups as represented by their native dress, celebrations, parades, festivals, and other activities. We Are One collects more than 400 of the most stunning of these images. The book is organized into six historical periods, each focusing on specific ethnic migrations to the New World and their impact on American society. These range from Native Americans and Eskimos in the 1500s, through groups like the Russians and Irish in the 1700s, to the postwar waves of Cubans and Southeast Asians. Edward James Olmos’s personal foreword sets the tone for this visual testament of America as a magnificent gathering of diverse and hard-working individuals who individually add to the collective fabric of this great nation. The final chapter features the author's reflections on diversity and unity.
ISBN: 1582701334
Publisher: Beyond Words Publishing
Hardcover : 414 pages
Language: English