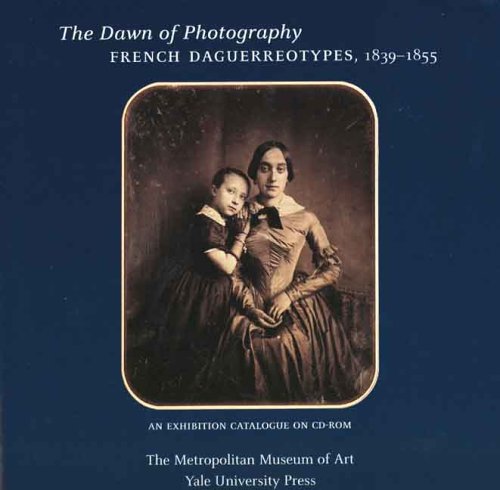 The Dawn of Photography: French Daguerreotypes, 1839-1855
by Quentin Bajac
Publisher's Description
In 1839, Louis Jacques Mande Daguerre announced to the French Parliament a technique for recording images on silver-plated sheets of copper, an invention he named the daguerreotype. Though ultimately not as mass-marketable as the negative-to-positive photographic process developed by his English contemporary Fox Talbot, Daguerre's labor-intensive and chemically dangerous technique-involving highly poisonous vaporized mercury-yields some of the most elegant and mysterious of all photographic objects. Yale has just released a comprehensive CD-Rom of French daguerreotypes from the peak of their production from 1839 to 1855. 175 entries on individual daguerreotypes illustrated in full color, an anthology of historical documents in both French and English and a computer animation showing the steps in making a daguerreotype make this a fantastic resource for either the historian or the practitioner.
ISBN: 0300101899
Publisher: Metropolitan Museum of Art
CD-ROM Language: English