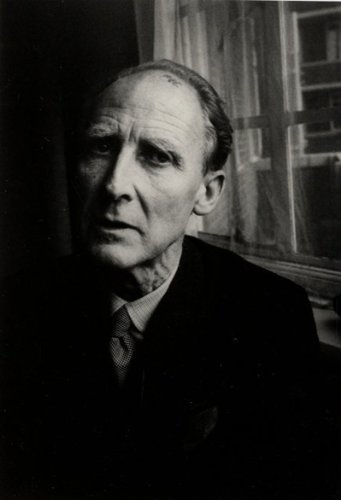 Bill Brandt: One Picture Book #9
by Bill Jay
Publisher's Description
Available only as an artists proof.

Bill Brandt was a quiet, withdrawn, priest-like character with the taut skin and bony, elegant features of an aristocratic aesthete. He spoke sparsely and in little more than a whisper. He believed that the camera was a medium through which he received messages from another world. I am just beginning to understand what he meant. Brandt was other-worldly in another sense. Aloof from trends and movements in his own medium, he seemed to know nothing and no one in contemporary photography. He quietly continued his experiments, always thrusting ahead into new directions, confounding expectations and confusing his critics. Much of the magic in his prints was revealed in the darkroom. I once asked if I could see his work area. He sternly refused 'What is it?' I asked, 'The holy of holies?' 'Yes,' he said.

Bill Jay's marvelous description of an encounter with the great Bill Brandt is delightfully succinct. Using just 135 words, Jay gives the reader an illuminating and perceptive view of his subject, in what might reasonably be called the literary equivalent of the snapshot. Published as part of our One Picture Book Series in an edition limited to 500 numbered and signed copies each with an original black-and- white portrait of Bill Brandt tipped into the final page this is a small book that speaks volumes.