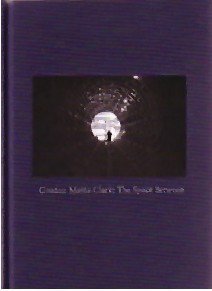 Gordon Matta-Clark: The Space Between
by James Attlee
Publisher's Description
'I loved this book! The high energy writing...evokes the spirit of Gordon Matta-Clark and his work and environment.' Jane Crawford, widow of Gordon Matta-Clark Despite his tragically short career, the influence of Gordon Matta-Clark (1943-1978) is ever more pervasive. Central to the explosion of creativity in New York's SoHo in the 1970s, Matta-Clark turned his focus on the city itself, slicing through abandoned buildings to create works that were at once large-scale sculptural environments, social commentary and urban performance pieces. His aim was to unravel the grammar of architecture and 'turn a building into a state of mind'. The 'building cuts' remain Matta-Clark's best-known works, although today they exist only through film and photographic documentation. Armed with a movie camera, he explored the hidden spaces beneath Paris and London. He handed out free food and 'fresh air' on the streets, created architecture from refuse, and planned visionary architectural projects. His engagement with the urban landscape also led him to set up an artist-run restaurant, Food. This beautifully produced book complements a ground-breaking exhibition at the Centre for Contemporary Art, Glasgow and the Architectural Association, London.
ISBN: 1590050495
Publisher: Nazraeli Pr
Hardcover : 112 pages
Language: English