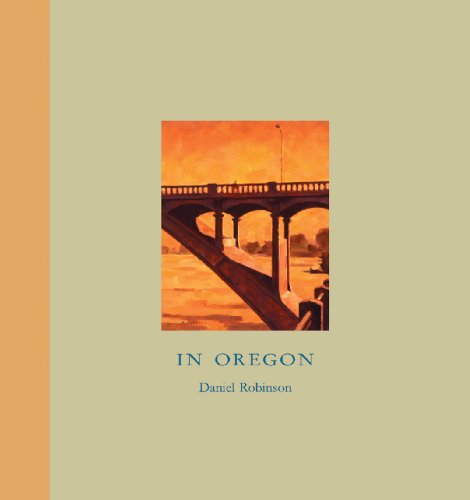 In Oregon
by Daniel Robinson
Publisher's Description
“Urban landscapes which combine the romance of industry that dates back to the 1930s, with the early light-and-shadow soaked paintings of deChirico . . . Robinson doesn’t celebrate industry’s potential nor rue its demise. He’s simply in love with its forms.” – Cate McQuaid, Boston Globe Two major rivers flow through Oregon, the Willamette and the Columbia, nourishing both farmland and industry along the way. It is along their banks that Daniel Robinson finds inspiration for his gorgeously rich oil paintings. Robinson’s work is influenced by his study of European masters, and of artists such as Edward Hopper and Thomas Benton who depicted the fertile strength of the American landscape to such great effect. Robinson, too, has the rare ability to convey an aesthetic integrity to utilitarian subjects; his factories and grain elevators co-exist in perfect harmony with the land, exhibiting a beauty that goes beyond the functional. There is an immediacy to Robinson’s paintings, and a boldness that is at once arresting and inviting. Published in association with Mercury Gallery, Boston, In Oregon is beautifully printed in process color on matt art paper. It opens with an introduction by Brian Berger.
ISBN: 1590050894
Publisher: Nazraeli Pr
Hardcover : 46 pages
Language: English