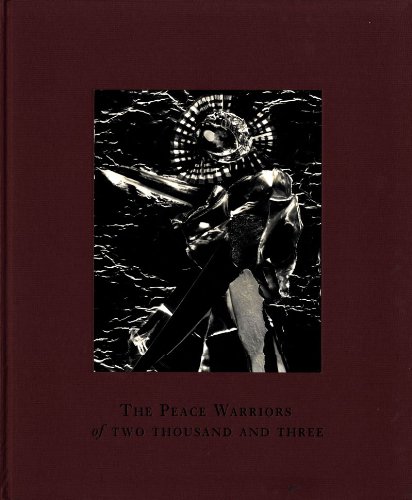 The Peace Warriors of Two Thousand and Three
by Carl Chiarenza
Publisher's Description
“Everywhere confrontation reigns, conflict is chosen, resolution avoided. My world is a confused collage, a nightmare montage – a world in which, once again, humanity and inhumanity are seen, impossibly, as one and the same.” – Carl Chiarenza

We are delighted to announce the publication of our second monograph by Carl Chiarenza, whose work as artist, educator, art historian and critic has been a significant influence on the American photography scene for many years. He made these powerful collages in 2003, a time when, he says, “the world once again went mad.” Coming out of his sense of impotence and frustration at world events, these collages shed their abstraction and do indeed resemble warriors, but these are warriors for peace. “Chance,” says Chiarenza, “structured these images as much as chance structured our world. But chance itself is structured by human beings.” His photographs are represented in many important collections such as the Museum of Modern Art, New York; the National Museum of American Art, Washington, D.C.; and the Museum of Fine Arts, Houston. Published in an over-sized format, in an edition limited to just 500 copies, each book is slipcased and comes with an original print on the cover. Limited signed copies.
ISBN: 1590051165
Publisher: Nazraeli Pr
Hardcover Language: English