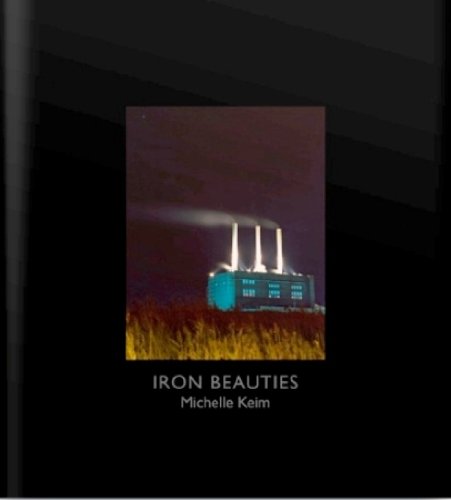 michelle keim iron beauties /anglais
by Michelle KEIM
Publisher's Description
Michelle Keim grew up in rural Ohio, an area more known for its rolling pastures than industrial parks. While in college at the Columbus College of Art and Design, she became fascinated by the industrial landscape and its overbearing presence. Keim started photographing active industry in the Midwest in 1992 and moved to Chicago three years later to get closer to the great steel metropolis of Gary, Indiana. The industrial landscapes have led Keim to explore the fascinating concept of power, an overwhelming force that is inherent in the utilitarian structures she shoots. The scale and function of industry rivals the sublime beauty associated with natural forms and forces. Keim accentuates this relationship by photographing at night, which eliminates details in the massive forms. The ultimate goal for Keim is to emphasize the force and drama with which active industrial structures rise up from the contemporary landscape. Steel mills and power plants contain the same tense beauty and spectacular power as volcanoes and electrical storms, and serve as a reminder that industrial age technology is powerfully in the present. Michelle Keim’s first monograph, Iron Beauties is published in a first edition of 1,000 copies.
ISBN: 1590051211
Publisher: Nazraeli Press
Hardcover : 48 pages
Language: English