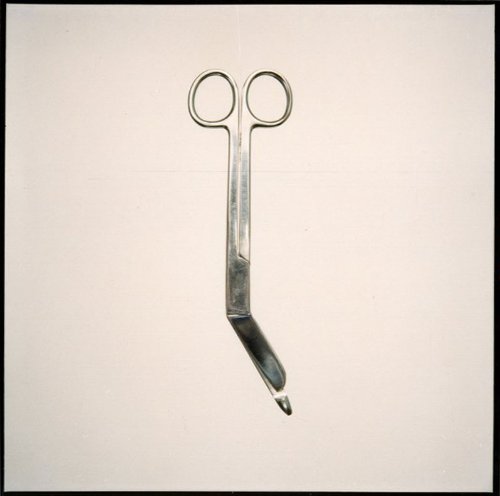 Post Partum.
by Steve. PYKE
Publisher's Description
The work in these two companion books is from of a series of images by Steve Pyke celebrating the beauty and attraction of the working tool – in these instances, focusing on instruments that may be used at a birth and to carry out an autopsy. When Pyke was invited to photograph the “Post Mortem” tools by Guy’s Hospital in London, he thought it would be interesting also to show tools used at the other end of the life cycle. The images in Post Partum were shot at the Children’s Hospital of New York. Despite the fact that medical practice has advanced enormously since those times, medieval tools are still in use. Birth tools are utilized to intervene in a natural process, to help bring a new life into the world. The tools at a post mortem are a means of establishing or confirming the cause of death – they are used after a life has ended. Born in England, Steve Pyke has been working as a staff photographer on The New Yorker since early 2005. He has worked for many of the world’s leading magazines, and his photographs have been widely exhibited in the United States, Europe and Japan.
ISBN: 1590051491
Publisher: Nazraeli
Hardcover : 16 pages