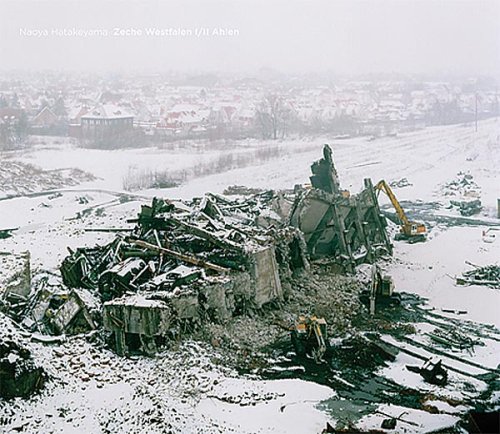 Zeche Westfalen I/ II Ahlen
by Naoya Hatakeyama
Publisher's Description
Documentary evidence exists of 700 years of coal mining in the Ruhr District of Germany, one of Europe’s largest and most densely populated industrial regions. To this day, approximately 9.6 billion tons of hard coal have been mined in the state of North-Rhine-Westphalia. On June 30, 2000, almost 100 years of mining history came to an end in Ahlen with the closure of the Zeche Westfahlen, which had been opened in 1902 with the inauguration of the Bergwerkgesellschaft Westfahlen. The socio-economic impact of this closure has been enormous, and its ramifications continue to reverberate. Japanese artist Naoya Hatakeyama was commissioned by “Regionale 2004” to photograph in Ahlen from October 2003 until February the following year, documenting the sites and structures that were home to tens of thousands of workers for over a century. The resulting photographs provide a valuable record of this once all-important industrial area, culminating in the demolition and razing of the entire site. Visiting today, one would never know what had stood in the vast, now empty space.