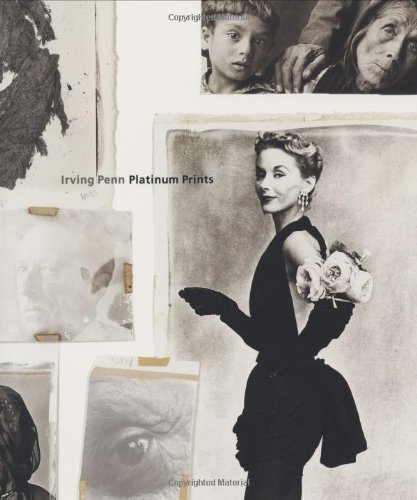 Irving Penn: Platinum Prints
by Sarah Greenough
Publisher's Description
A fascinating look at Irving Penn’s platinum prints, which the photographer carefully made of some of his most iconic images.

In a career that spans more than fifty years, photographer Irving Penn has created some of the most arresting portraits, influential fashion studies, and provocative still lifes of the twentieth century. Although much of his work was undertaken for reproduction in magazines, since the early 1960s he has also made a limited number of platinum/palladium prints of his most celebrated photographs. A meticulous craftsman, Penn has experimented extensively with this process in order to make prints with remarkably subtle, rich tonal ranges and luxurious textures; prints that are, in fact, the exact opposite of the more neutral reproductions of his photographs that appear in the popular press.